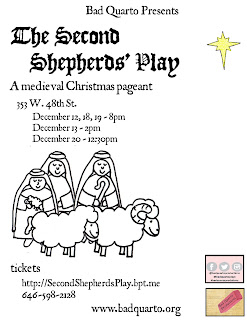 I hope you'll join director Derek Peruo and his excellent cast of The Second Shepherds' Play for our December 12th opening!
Posted by Tony Tambasco at 10:11 AM