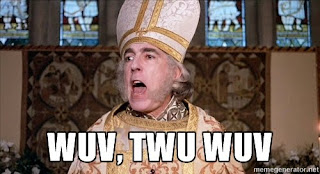 You're right. And that's the whole point. In What, Lamb! What, Ladybird! we mention that the entire action of Romeo and Juliet takes place over just a few days. There's no time for the shine to come off or for anybody to make any considered decisions. These are reactions, not calculations. And that is fascinating to play. Juliet's objectives and through line are amazingly clear, and that makes her actions immediately understandable and relatable, no matter how far from what we would have done they may be.
Posted by Unknown at 5:41 AM