Thank you to all who joined us this year!

I wanted to take a moment to thank everyone who joined us in 2015, both on stage and in the audience. It's been a big year for Bad Quarto Productions, and I'm grateful to everyone who shared it with us and who made it happen. Our plays in 2015 have paved the way for us to be able to offer our first ever season of plays in 2016, and I hope you'll join us for what I expect will be our biggest year yet.

We're not quite ready to announce the full schedule of plays at this time, but one of our areas of the most growth this year has been in our community building efforts on social media.You can now find us on...


Posted by Tony Tambasco at 8:18 AM No comments:

It has been a privilege to work with Derek Peruo and Bad Quarto on The Second Shepherds Play. And all of my wonderful castmates. We are a really great team and immediately jumped in and trusted each other the instant we first met.

It has been such a great exercise in trusting choices and sticking to one's guns. It also has been a wonderfully intimate experience with the creation of my character, Mak, who is a lovely son of a gun, and who I absolutely love stepping inside the shoes of.

Ever since I first read the Second Shepherd's Play in my freshman year of college, I wanted to play Mak. I also was going to be a Medieval and Renaissance Studies major in addition to my Drama major, but the course load plus how much theatre I was taking on didn't seem to jive towards the second half of my college experience. But, it was really wonderful to combine my passion for medieval history and culture with my great life passion of theatre.

To talk a little bit about the music:

In creating the pre-show we used traditional medieval English music, as well as traditional English Christmas Carols that were either from the middle ages or historical periods that soon followed. Examples include "Ding Dong Merrily On High," "Greensleeves (What Child is This)" and "O Come O Come Emmanuel." Jessica, who plays the First Shepherd, and Courtney McClellan, who plays my wife Gill, and I got together over Skype the Wednesday before opening to rehearse music. We discovered the Skype didn't possess enough bandwidth to process synchronized singing, so that made performing duets impossible. Instead, we decided to devote some time to rehearsing the music on the day we opened, which turned out quite successfully.

To talk about the traditional music featured in the show, both were originally sung in Old English and date from the 12th and 13th centuries. I play them on the flute in the pre-show, as it is more effective for them to be rendered instrumentally than have Jessica and Courtney go learn how to speak Old Aenlgish, though I am sure they would do a fabulous job at it. The first song that opens the pre-show is called “Miri it is while Sumer ilast” and is a song that mourns the loss of Summer (not Sumer, the ancient city in Mesopotamia, although we can safely mourn that one as well). The verses speak of birds leaving for warmer places and harsh winds beginning to blow - perfect not only to bring us into the harsh world of the Second Shepherd's Play, but also to summon winter to arrive in this very warm December.

After Courtney sings “What Child is this,” then I play “Arrival to the Oxford Market,” with Jessica and Courtney on percussion, which is a very lively tune and I always have a lot of fun jumping and dancing around to it while playing the flute. It invokes a bustling medieval world where the merchants and fishmongers (actual fish, not the Shakespearean sense of the word) and farmers would come to sell their wares at the market. Traveling bards and players would entertain and everyone would have a good time. Although the part about everyone having a good time was probably not always true (I have a feeling there was always an argument that ended in mud wrestling), it is this sense of mythos and vivacity of life that we attempt to recreate. It is a “joie d’vivre” to aspire to in our age where Facebook is king and it seems we are encouraged to never be truly content, despite how incredible we have it.

What I believe, is that by sharing this piece with our audiences, we get to bring them a little bit of this “joie d’vivre,” and little by little we give them light and love, making their day even that much better.

- Nicholas Corda, Mak, The Second Shepherd's Play
Posted by Unknown at 8:56 AM No comments: 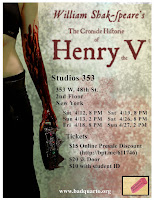 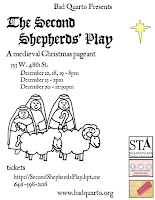 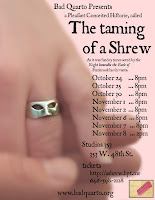 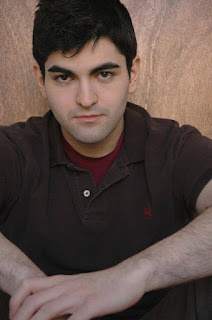 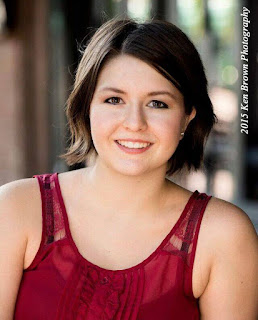 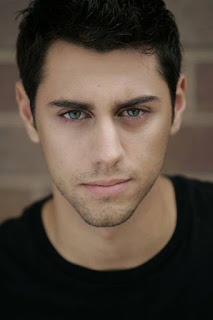 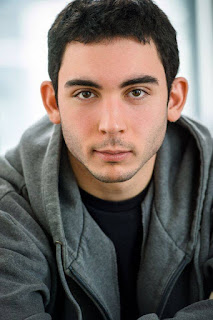 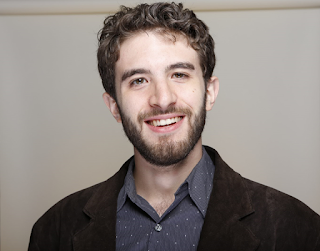 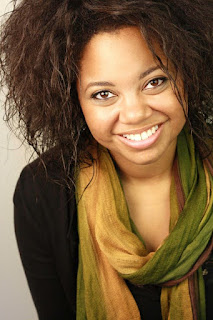 Courtney McClellan (Gill, Mak's wife/Mary, the Blessed Virgin) excitedly joins Bad Quarto Productions for the Second Shepherds Play! Credits include Ripper (Lizzie/Mrs. Lusk) in NYC, Hamlet (Gertrude) and the Comedy of Errors (Adriana/Courtesan) with NCShakes and One Flew Over The Cuckoo’s Nest in Nashville (Nurse Flinn). Other Nashville credits: A Raisin in the Sun and Once on This Island. Regional credits: Chicago (Mama Morton), Big River (Alice), and The Sound of Music (Sister Berthe) with Weathervane Playhouse (Newark, OH); Romeo and Juliet (Lady Montague/Lady Capulet/Benvolio), Macbeth (Witch/Malcolm), and A Midsummer Night's Dream (Titania/Helena/Quince) with NCShakes. BA Communications/Theatre, Hampton University; McCaskill Studios, NYC.
Posted by Tony Tambasco at 7:34 PM No comments: