I had the chance to chat with Charlene V. Smith, artistic director of Brave Spirits Theatre, and author of What, Lamb! What, Ladybird!

Posted by Tony Tambasco at 7:32 PM No comments: 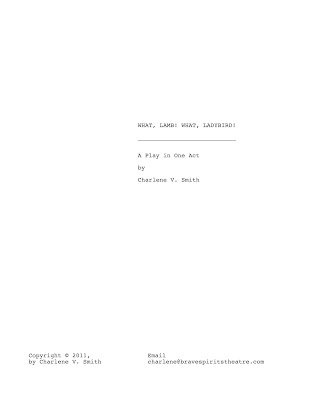