Get to know the company of Bad Quarto's upcoming production of Hamlet, The First Quarto!

Alex Dabertin (Hamlet) is an actor, writer, and director who recently graduated from Columbia University, and he is so, so incredibly excited to be a part of Bad Quarto's Hamlet. He has nothing but gratitude for the whole amazing Bad Quarto crew. Recently he was seen in Bad Quarto's Taming of a Shrew, and The Brewing Department's Othello. You can find him on Facebook as "Alex Niles Dabertin" and on tumblr as "postmodernnosferatu."

Beatriz Browne (Ofelia, Braggart Gentleman) is very excited to be returning to her second production with Bad Quarto. Beatriz is a Brazilian actress and graduate of AMDA. Since graduation in 2015, she has been working extensively in film, television and theater. Past credits include: The Taming of A Shrew, A Midsummer Night's Dream, Marat/Sade, and more. With a passion for Shakespeare, she cannot wait to explore the text and put it to work with her fellow cast members. Big thanks to her family for the constant support, and to Tony for believing in her work.

Kitty Mortland (Queen Gertred) recently appeared in Richard II and Romeo and Juliet with Hamlet Isn't Dead, Measure for Measure with Hudson Warehouse, and As You Like It with Folding Chair Classical Theatre. Originally from Chicago, she appeared there in Down & Derby (The New Colony), Devour (20% Theatre Chicago), and the Jeff Nominated The Bad Seed: The Musical (Corn Productions). Kitty also played the title character in Hamlet: The Series, available on YouTube. When not on stage, Kitty is also a singer/songwriter who has played venues across the Chicagoland area including the Elbo Room, the Underground Lounge, and Reggie's Rock Club. DFTBA.

James Overton (Ghost, Player Duke, Fortenbrasse). This will be James Overton's second time working with Bad Quarto Productions and he couldn't be more excited! He last appeared with Bad Quarto as Lord/Simon in, The Taming of a Shrew and more recently as Andrew Aguecheek in Twelfth Night at the Secret Theatre. James recently graduated from Bennington College where he concentrated in Drama and Music Composition before moving to New York City last summer to pursue his career. He is an accomplished singer, guitarist, and ukulele player. He is a natural blonde.

Roz Cavallaro (Rossencraft, 1st Sentinel, 2nd English Ambassador) is thrilled to be a part of another Bad Quarto production. Some of her previous credits include, Phylema in The Taming of a Shrew, Ensemble in Julius Caesar, Rosalind/Ensemble in Conditions of Love (a devised Shakespeare and Sondheim piece featured in the Edinburgh Fringe Festival), Bella in Big Love, Solita in Capture by Emily Dinova, and Hera in The Nemesis Effect by S.E. Taylor.

Arif Silverman (Marcellus, Player Duchess) graduated from Oberlin College with a degree in theater this past May. His film Bless Me, Apollo recently saw its premiere at Dixon Place in January. Other recent credits include: All’s Well That Ends Well (Shakespeare on the Sound), Nolie Min Tangible (Dixon Place), Spirits to Enforce (Cleveland Public Theater), The Bacchae (Edinburgh Fringe Festival), The Taming of the Shrew (Pulse Ensemble Theater) & Heart to Heart (American Globe Theater). 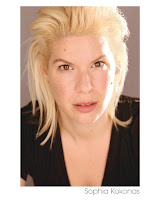 Sophia Kokonas (Corambis, priest, ambassador) grew up in Chicago and after taking some acting classes in the city she decided to move to NYC to train at the Atlantic Theater Company's Conservatory program. There she had some of the best acting teachers in New York and discovered that Shakespeare, Moliere, and Chekhov are all she ever wants to do in life. Sophia is so excited to have been cast in Bad Quarto's production of the Hamlet and thanks everyone who made this production possible! 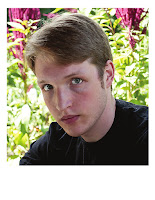 Owen Moss Hayden (Barnardo, Montano, the Player Murderer, Voltemar) is in his first production with Bad Quarto. Past credits include: Edgar Willoughby in The Poet (Manhattan Rep), Hotspur in Henry IV, part I (Hampshire Shakespeare), and Petruccio in Taming of the Shrew (Theater Under The Stars). He thoroughly believes flying by the seat of
his pants is the best way to travel.

Andre Silva (Leartes) is a New York based actor. He recently finished an intensive course at the Royal Academy of Dramatic Arts (RADA). He has been seen in Bad Quartos production of The Taming of a Shrew and The Second Shepherds Play, and in Daniel Adams production of Three Sisters at the Alchemical Theater Laboratory. He has just finished filming his first indie feature film, Jay Mancini, and also has several short films being submitted to film festivals around the country. He is delighted to be a part of this cast and wants to thank his friends and family for their ever growing support! www.AndreSilva.info 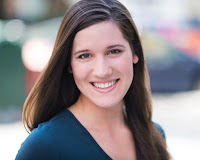 Rachel Matuse (Horatio) is thrilled to be returning to work with Bad Quarto Productions in Hamlet. Most recently she was involved in their production of The Taming of a Shrew. She is a graduate of the George Washington University, and recently trained with the Shakespeare Theatre of NJ, where she performed as Marcus in Titus Andronicus. Other notable credits include Olivia in Twelfth Night, Nurse Ratched in One Flew over the Cuckoo's Nest, and Stella in Streetcar. Rachel is a proud teaching artist with George Street Playhouse, and has a particular passion for socially progressive theater. Thank you to her family and friends, and enjoy the show! 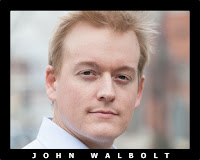 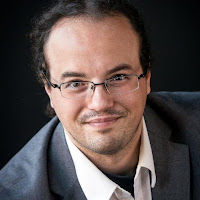 Tony Tambasco (Director) is excited to be directing the first quarto of Hamlet, and to be the Artistic Director of Bad Quarto Productions. Some of his past credits with Bad Quarto include The Taming of a Shrew, The Cronicle Historie of Henry the Fift, The Ballad of Dido, and The Merry Devil of Edmonton. Some of his other favorite directing credits include Julius Caesar (Sweet Tea Shakespeare), As You Like It (The Weathervane Playhouse), An Experiment with an Air Pump (Clarkson University), and Closer (Catalyst Theatre Co.). Tony holds an MFA in directing and a M.Litt. in Shakespeare from The American Shakespeare Center / Mary Baldwin College. He is deeply grateful to everyone who has helped make Bad Quarto, and this production of Hamlet a success.
Posted by Tony Tambasco at 2:03 PM

Email ThisBlogThis!Share to TwitterShare to FacebookShare to Pinterest
Labels: Hamlet